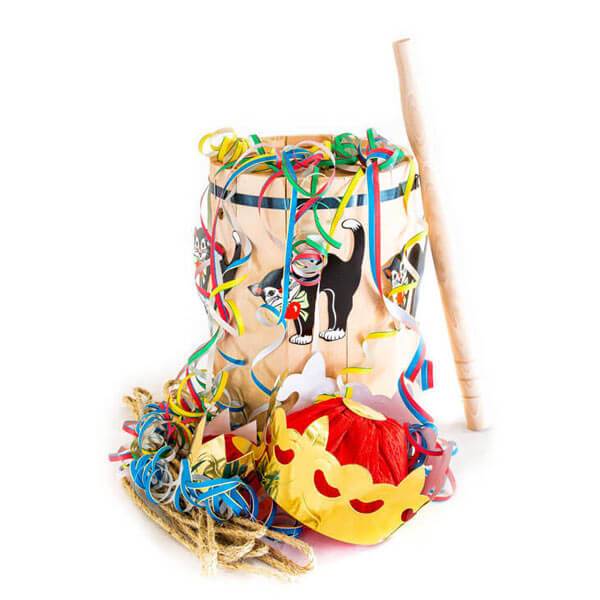 Bring your children to the traditional Danish Shrovetide ”bashing of the barrel” at Lyngvig Lighthouse on 12 February at 2 p.m.

Come and join us when we bash the barrel and let the cat loose at Lyngvig Lighthouse on Tuesday, 12 February at 2 p.m. We let the cat out of the barrel and crown the Cat King and Queen after which there will be buns and cordials for the children.
We hope to see lots of children in costumes and maybe even some adults too!

Breaking the fast
Bearing colourful costumes, children run from door to door in the cold of winter and bash a barrel to release the cat and find the Cat King. Nowadays in Denmark, Shrovetide is connected with certain Shrovetide buns, costumed children and bashing the barrel, but the tradition is actually hundreds of years old and did not always have much to do with children.

The word for Shrovetide in Danish is ‘fastelavn’, which comes from the Middle Low German word ‘vastelavent’ meaning ‘the evening before the fast’. Fastelavn was a fest for adults who ate and drank before the fast. There were also competitions where the winner was crowned as king or prince and could win things such as tax exemption for a full year. There was ring riding, stabbing of a strawman (stuffed figure), and hitting of a barrel until it fell apart releasing a live cat. The cat symbolised evil. The whole Fastelavn fest was all about scaring evil away, which is why people dressed up in costumes.

Shrovetide and the lighthouse
Lyngvig Lighthouse and the North Sea will also be part of the museum’s Shrovetide Carnival or Fastelavn fest.
When you make your way up the stairway in the more than one-hundred-year-old lighthouse, you will get an amazing view of the sea and the fjord. From the top you can see how the magnificent landscape changes with the seasons. Lyngvig Lighthouse is always worth a visit for the whole family. Apart from a visit to the lighthouse or to the beach, there is a fun nature playground by the lighthouse keeper’s house that can challenge young and old alike. The children can play in the whale skeleton that just asks for climbing adventures, or take a trip in the cable car or down the slide – and much more. There is also a cosy café at Lyngvig Lighthouse where you can buy various small dishes.

We look forward to seeing you for an enjoyable day at Lyngvig Lighthouse.

Søndervig is one of Denmark's oldest beach towns. A town that vibrates with life and a relaxed holiday atmosphere.